A mod made by KG that adds 5 NPCs that admins can configure: Marketplace, new Trader, ServerInfo, Daily Reward, Feedback

A mod made by KG that adds 5 NPCs that admins can configure: Marketplace, new Trader, ServerInfo, Daily Reward, Feedback

Put MarketplaceAndServerNPCs.dll into BOTH server and client BepInEx plugin folder. Mod WILL NOT WORK ONLY IN CLIENT SIDE.

SHORT VIDEO ON HOW ITS WORKING 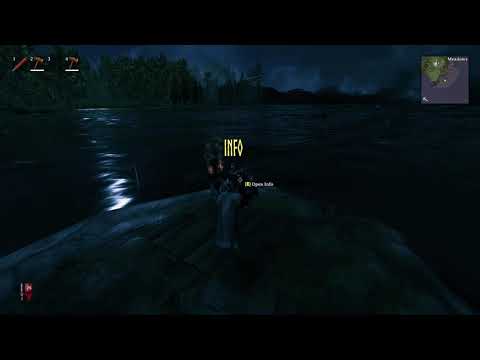 Mod adds 5 different NPCs to server so admins can configure them from serverside with no need to restart server for applying settings.

YOU NEED TO START SERVER ONE TIME IN ORDER TO FOLDERS / CFG FILES TO BE CREATED. I RECOMMEND YOU TO WATCH MOD SHOWCASE VIDEO FIRST. NOTE THAT THIS MOD IS STILL NOT TESTED WELL AND ITS IN BETA. PLEASE FEEL FREE TO REPORT ALL BUGS YOU FIND

With NPCtoolAdmin in your hand you can add NPC component to any CHARACTER / HUMANOID object IF YOU NEED TO. (you can try to add it on RRR NPCs). But I DO NOT RECOMMEND you to do that since this new feature NOT TESTED YET

VIDEO ABOUT ADDING COMPONENT TO SKELETON FOR EXAMPLE

More Detailed Guide on every NPC: