Jötunn (/ˈjɔːtʊn/, 'giant'), the Valheim Library was created with the goal of making the lives of mod developers easier. It enables you to create mods for Valheim using an abstracted API so you can focus on the actual content creation. 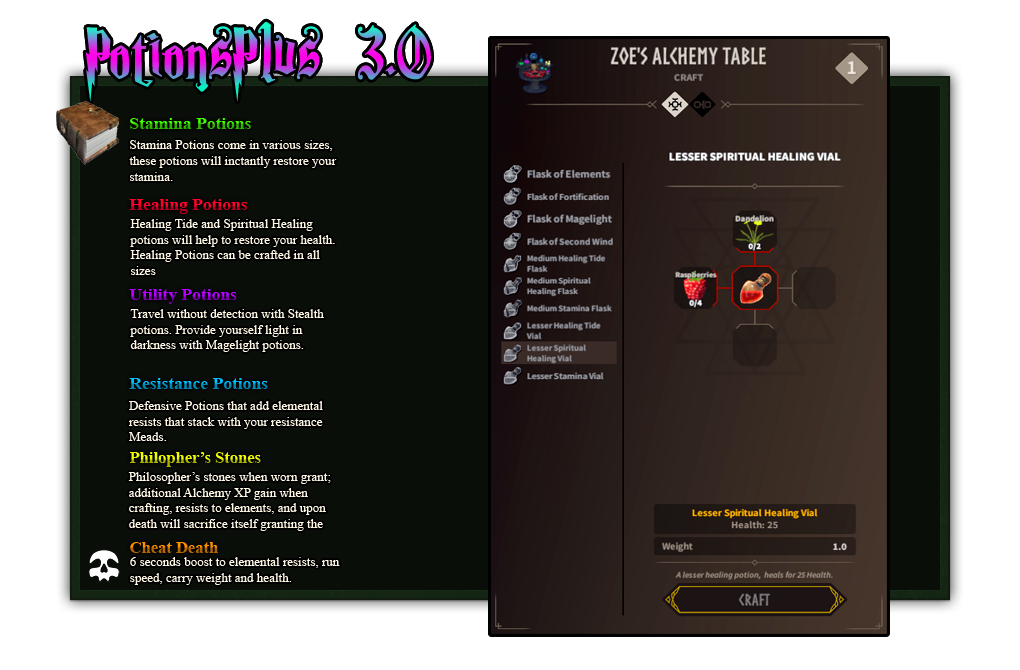 ﻿Long ago the great Alchemist Zoe traveled the lands, gathering all the items she could find and testing them in her Alchemy Lab. Her research proved to be successful. She found methods to cure those who were near death.. some believed she had the power to bring back those who are beyond death...

Her healing methods were also criticized by many, saying she was dealing with forces of evil and her soul was taken by the elder gods as a curse. Zoe hid her findings, she locked herself in a stone tower to keep herself from being hunted by those who found her to be evil. Whispers of her teachings and items passed down from generations, you now have the power to follow in the footsteps of the great Alchemist Zoe!

Potions are scaled in a crafting order to fit right in with the progression of Valheim. Starting with crafting the Alchemy Table and you will be on your way to unlocking the art of potion crafting. Potions will require various materials that you unlock as you progress through Valheim. The new Cauldron allows you to craft advanced potions known as Flasks. By breaking down a "Greater Potion" in the Potion Cauldron you can create a PotionBase Mead that is used to craft the end tier Flasks. You can also place five Flasks, of the same type, into the Potion Cauldron to create a Philosopher's Stone. The Philosopher's Stones will grant additional Alchemy XP gain when crafting, resist of the elemental matching the stone type, and bring you back from the dead consuming the Stone. The Alchemy Skill grants a chance to craft "extra" potions based on your skill level.

Mod is required on both server and client for config sync to work.

For Questions or Comments find Gravebear or Digitalroot in the Odin Plus Team on Discord: 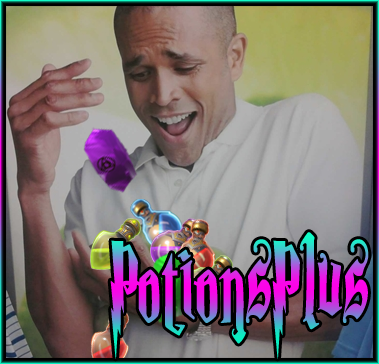